All about designing and engraving the Mastermind Trophy 2011

At the very beginning of Mastermind, Bill Wright (the originator and first producer of the programme) 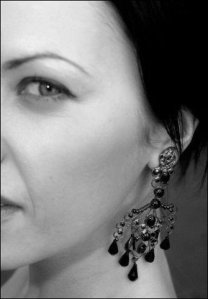 chose the “Muses” from Ancient Greek mythology as the subject for the Mastermind Trophy.  These mythical women were considered to be the source of  inspiration for poets,artists etc.  I have stuck to that original subject for 99% of the trophies I’ve engraved though each trophy is different and individual. The treatment of that subject matter has  varied considerably with each trophy.  There has tended to be a degree of naturalism each time, although the figures  are often stylised.  Stylised or not, any artist will agree that the best, really the only way,  to approach working with figures is to start with the real thing ie. make drawings (lots and lots of them) from a real, living person.This year I have been lucky enough to have found my perfect “Muse” in working with Gail Ross.  Having a really good model makes such an unbelievable difference!  So my sincere thanks  Gail!

Gail is a 33 year old wife and mother of one from Wick. She recentlyreturned to the town after spells in Glasgow and Edinburgh  where she studied English and Psychology at Strathclyde University. Previously an Advertising Executive for The Scotsman Publications she now deals with constituency casework for Rob Gibson MSP. She enjoys spending time with her family, reading and is a published poet.

A member of Wick Community Council, Argyle Square Area Association and Wick Groats Football Club, Gail is involved in various aspects of community life and prides herself on her charity work. She recently posed for the “Bare all for Braintumours” calendar which was a great sucess in raising money and awareness for Brain Tumour UK and will be donating her Mastermind modelling fee to the charity.  For more information about the charity go to—  www.braintumour.org.uk